The staff of DiSC have worked with undergraduate and graduate students, faculty, and staff on their works of digital scholarship. The following is a curated list of projects that we have contributed to as a part of GMU Libraries’ Fenwick Fellows program. 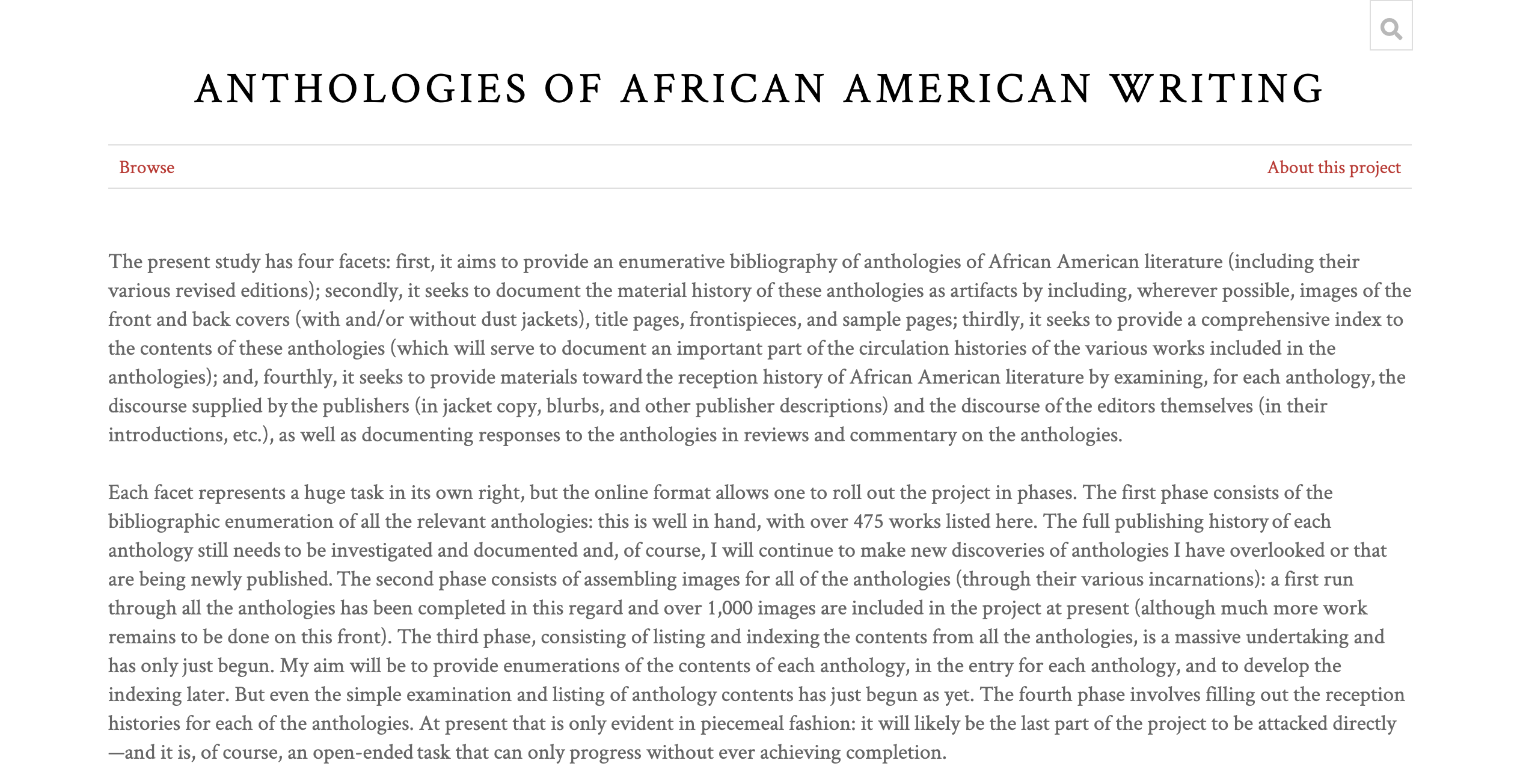 This project is an enumerative bibliography of anthologies of African American literature. Included in this site are photographs of the books’ front and back covers, indices of the anthologies, and publishers’ blurbs. The site includes over 500 items of poetry, fiction, drama, slave narratives, speeches, cultural criticisms, and more.

Debby Kermer and Wendy Mann worked on converting the data from a Word document to Excel, which was then imported into Omeka S using the CSV Import module. Wendy worked with Alok on creating a site in Omeka S. Alyssa Fahringer created accounts for Alok’s hired undergraduate researchers, and worked with them on adding and describing items. 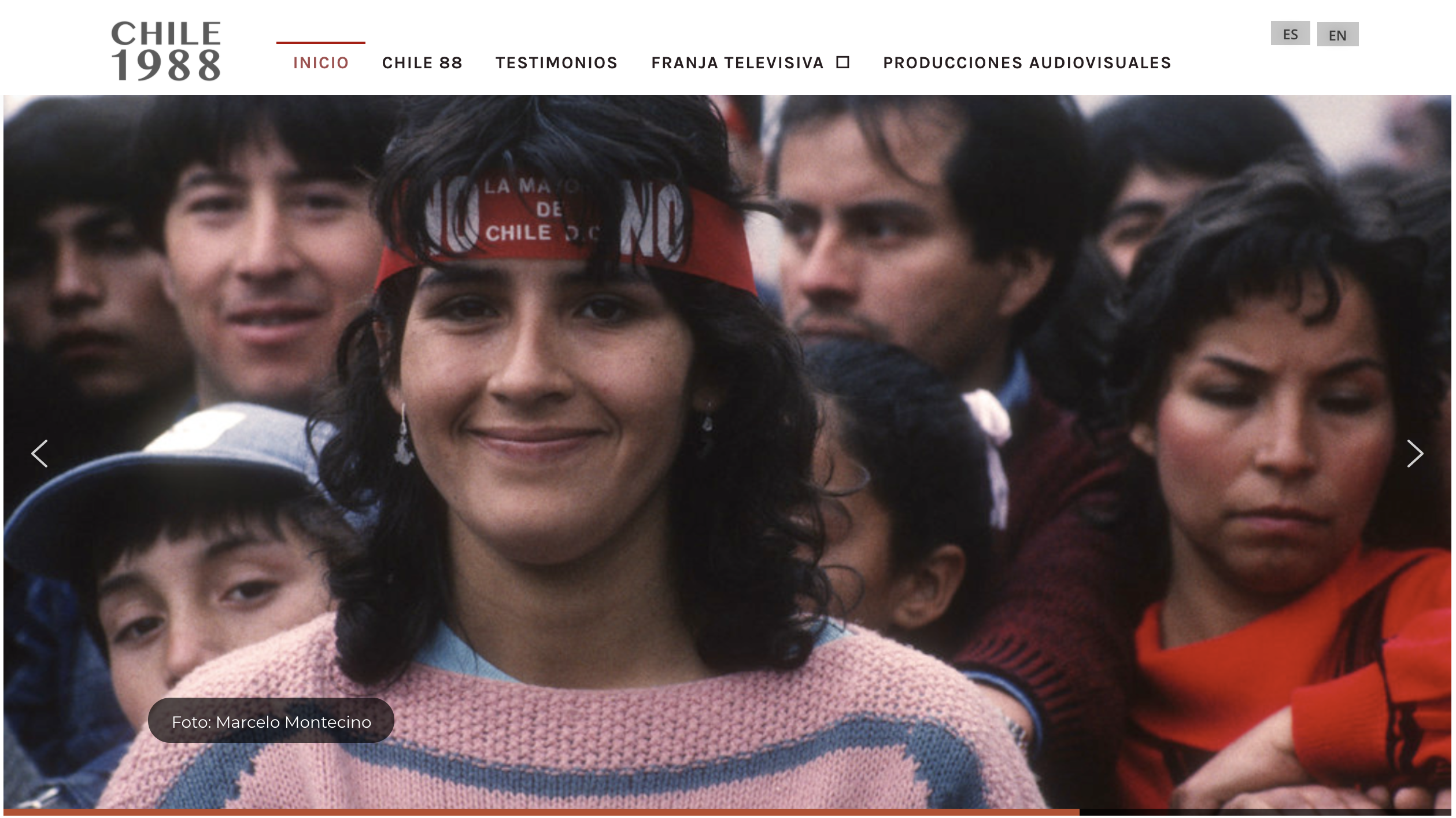 Chile 1988 examines the historic plebiscite vote that occurred in October of that year. The project is a digital archive of individual testimonies, television programming, and other audiovisual material that explores how Chileans from different political perspectives and areas of the country experienced October 5, 1988.

Wendy Mann, Ben Brands, and Stephanie Walters assisted Jen in finding resources to learn how to use the Omeka platform and they created a prototype site in Omeka S to show her how that content management system could work for her project. Ultimately Jen decided to have web designers build her site. 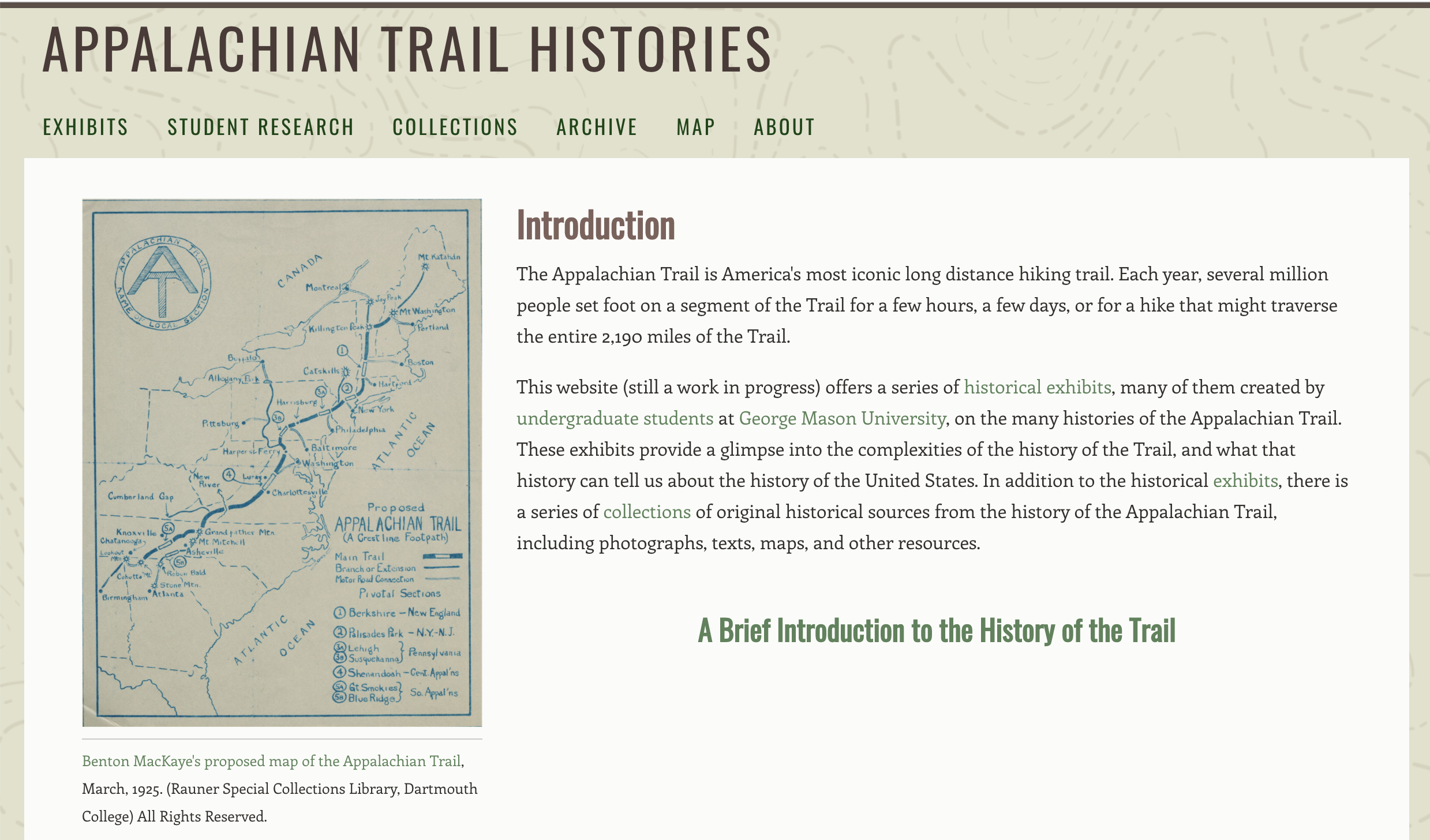 This website is a collaboration between historian Mills Kelly and his undergraduate students. The site includes exhibits that dissect the history of the Appalachian Trail, including how it was built and the role of the federal government in the creation of the Trail.  The site also contains collections of over 500 objects related to the Trail, including photographs, maps, texts, and other sources.

Joy Suh assisted Mills by locating historic maps that are now a part of the site.

Schedule an appointment through our calendar.